Winter is here – and so are all the ailments associated with the cold weather! Running noses, sneezes flying by, fever – it’s all in the air. It’s okay to fall prey to these common illnesses, but what you need to be wary of it Influenza, which brings all of the above illnesses together! And with the onset of the deadly swine flu, influenza has become all the more dangerous. So what exactly is swine flu? Let’s run you through:

Making its first appearance way back in 2009, the H1N1 virus caused a lot of chaos, with its rapidly contagious, adaptable and fatal nature. Most of us were not even aware of the gravity of harm this virus brought along with it until the World Health Organisation declared this infection to a global pandemic.

The next level symptoms are more serious and grave in nature: Cure:
Though in the initial stages swine flu had everyone unprepared and with no medications at all, the pharmaceuticals quickly worked up and came out with vaccination and tablets, which have been able to control the spread of this disease.

The moment you notice any of the above symptoms in you or any other family member, you should immediately rush to the doctor. The doctors are well in place to judge the gravity of the symptoms and categorize whether it’s swine flu, regular flu or just the ordinary winter ailments. The only thing you need to keep in mind is – rush the person showing any of these symptoms immediately before they aggravate – not delay until the situation gets out of control. 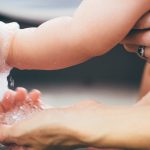 Health Tips to Stay Away From H1N1 Awareness Camp for Communities and Workplace Precautions Steps For Family and Individuals